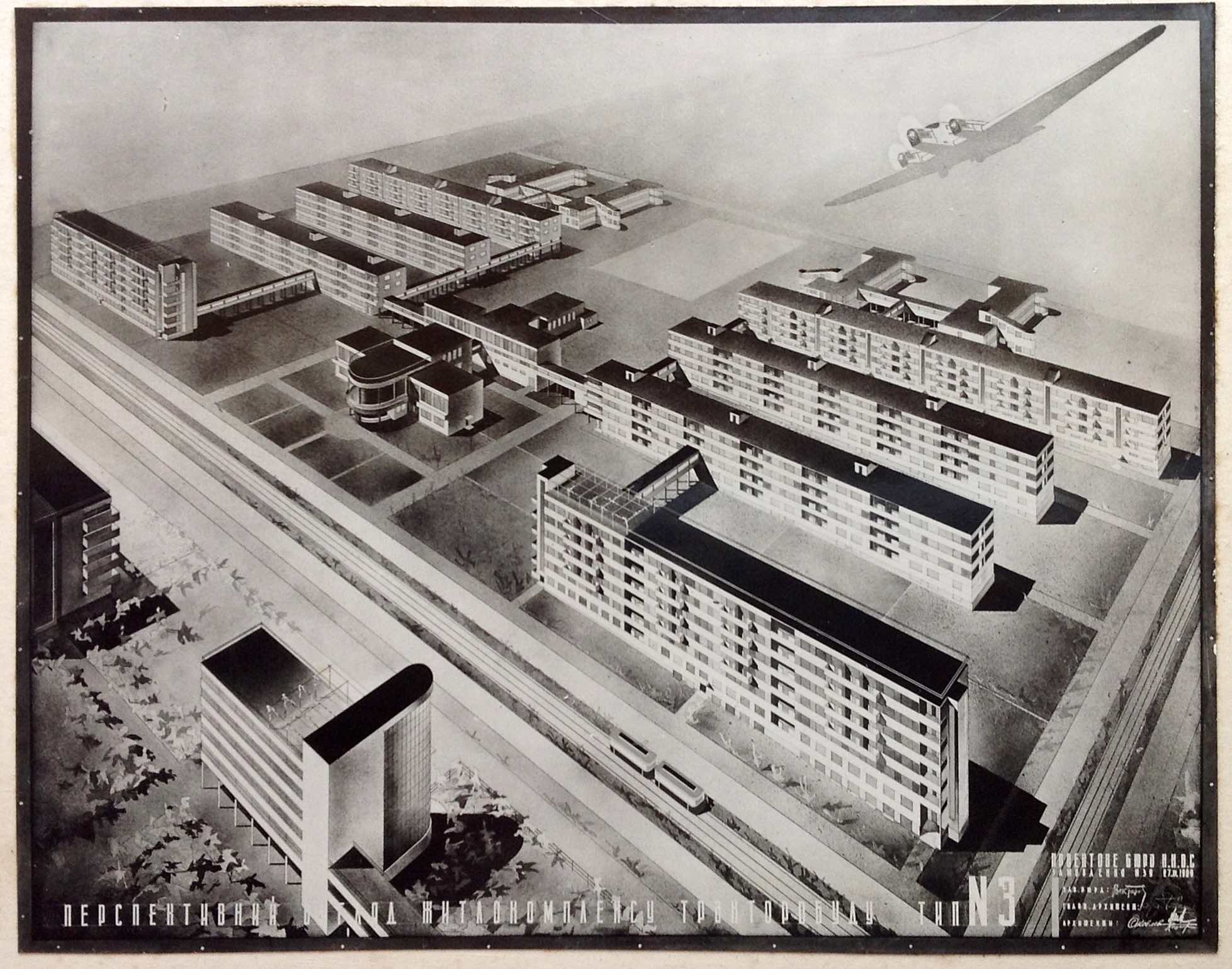 If capitalist cities are dense, hierarchical, and exploitative of the working class, how might socialist space be differently organized to maximize not only productivity, but also equality and collectivity?

This theoretical question, asked by early Soviet planners, was important – the future of a new kind of urban form and collective society rested on the correct formulation – but orientation toward the future had to contend from the very beginning of the Soviet era with difficult conditions on the ground and an accelerated timeline for rapid industrialization. While the spatial debates raged, concrete foundations were already being poured.

This talk investigates the origins and evolution of the Soviet spatial project from land nationalization to the end of the first Five-Year Plan (1917-1932). It asserts that socialist urban practices and forms emerged largely through on-the-ground experimentation by design practitioners in collaboration with local administrators – via praxis, by doing. Questions about the proper distribution of people and industry under socialism were posed and ultimately answered through construction of brick and mortar, steel and concrete projects like those undertaken in Baku, Magnitogorsk, and Kharkiv. Provisions like affordable housing near the workplace, robust municipal transportation, and evenly distributed social services emerged from these built experiments to affect far-flung sites in the Soviet sphere for decades to follow. Text: Christina E. Crawford

Foto: Perspective of the socialist city at the Kharkiv Tractor Factory | Kharkiv, Ukraine, 1930 – © Source: Central State Archives and Museum of Literature and Art of Ukraine (TsDAMLM)

This website uses cookies to improve your experience. We'll assume you're ok with this, but you can opt-out if you wish. Weiterlesen